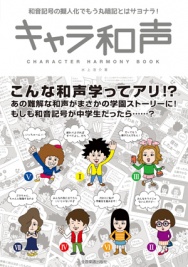 THADDEUS (Kosuke Mizukami) is a Japanese composer who makes music for tv programs and games. He graduated from Kunitachi College of Music, majoring composition. He specified arrangement, music theory such as orchestration and counterpoint. As his specialty is tonal harmony, he published a technical book for beginners "Character Harmony". He also offers online class and seminars as a music instructor.

It's a comic style game that focuses on the scenario and music. If you like Japanese anime and comics, this is a must-play one!